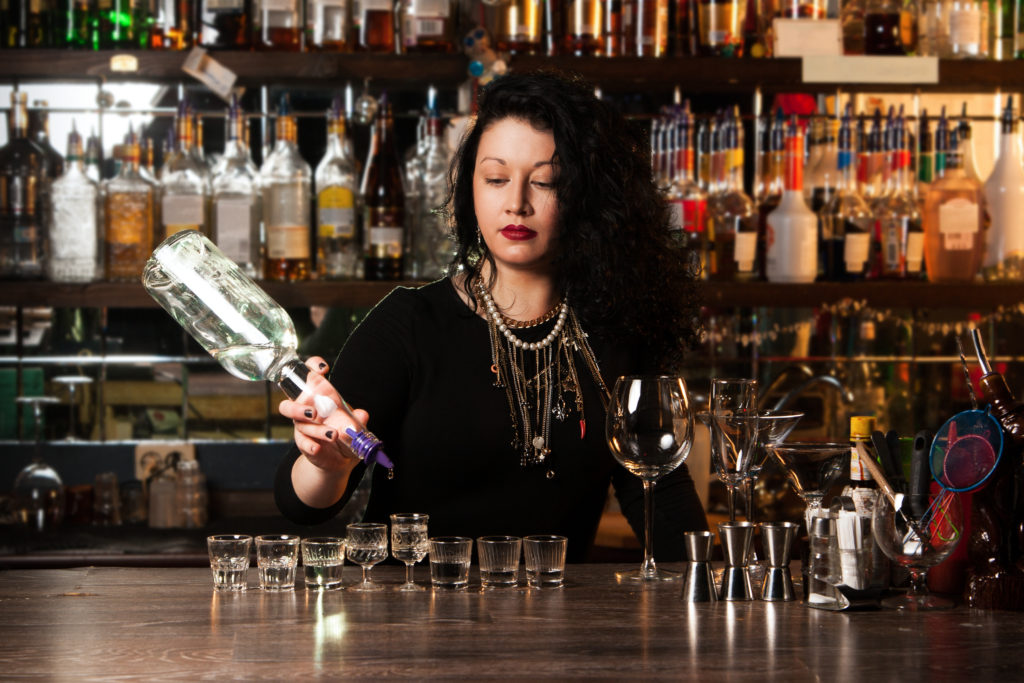 Balancing technical skills with the (lost?) art of hospitality.

Being a bartender. There may never have been a better time to be a bartender. The information age has streamlined access to cocktail lore, training options abound, most restaurants are in need of skilled drink makers to create recipes and train staff, and career horizons have opened wide.

But none of that means customers have found the current level of bar service to be correspondingly elevated. True, there are now numerous bars in almost every city that serve well-crafted classic cocktails and complicated modern drinks. But in conversation with some of America’s cocktail luminaries, it becomes clear that although today’s technical skills and knowledge may never before have been as sharp, significant hospitality issues—indifferent attentiveness, glowering greetings, excess geekery, and a sneaky sense that bartenders believe some orders are beneath them—need to be tackled.

Tony Abou-Ganim, who has mentored many of the best known bartenders, compares today’s tool-intensive bartending favorably to the days when he opened the Bellagio in Las Vegas at the end of the 1990s, when all drinks were likely to be shaken and even such a simple tool as a bar spoon was a rare sight. Even so, he says great bartending starts with personality and not an encyclopedic recipe memory: “I would much rather hire someone with enthusiasm and passion to learn and teach them from scratch than to undo some bad habits or attitudes.”

Sharper social skills would certainly please Charlotte Voisey, Director of Brand Advocacy at William Grant and Sons, who trains staff across the country: “Everyone and their dog thinks they’re a bartender, but having humility, knowing how to show people how to have a good time at the bar and not take any sort of attitude, knowing your place and showing a level of respect for yourself and your guests—these are skills we need to work on.”

It’s a problem noted by many who train, hire and instruct bartenders; the 21st century bartender’s skill set is quite complicated, but hospitality often suffers. Duggan McDonnell, whose new book, Drinking the Devil’s Acre, charts the history of drinking in San Francisco with a focus on his own Cantina, says the internet has made it easy for novices to catch up, but that base is hardly enough to make one a good bartender: “It does nothing to help you know how to read a room, understand the people in it and make it work. Information is not as important as adaptability.”

McDonnell looks for people who can easily make the Scotch and water drinker feel relaxed enough to be open to something different. “Making cocktails isn’t the hardest part of bartending; excitement is more important than knowledge,” he notes.

“I grew up in the business when it was friendliness first, and do the best you can do with what you know,” says Bridget Albert, recently named Southern Wine and Spirits National Director of Education, Beam Suntory. “A bar is a place to relax for the guests and it should be a fun experience so they want to come back. A bartender can make me a good cocktail all day long but if they’re not friendly and smiling while they do it, I’ll probably leave the bar—hospitality is key to have in your tool box.”

She admires the way many of the new breed of bartenders take their craft so seriously, perfecting their skills at home on their own time, working with new tools and otherwise boning up on the job. Not so long ago, muddlers, double strainers, even Boston shakers were hard to find in a bar—and drink-shaking was likely to be lazy and sloppy, she points out.

While most say these basic skills have improved, better speed and organization are also key, Voisey says: “In today’s society, where everyone wants everything now and perfectly made, there’s more need than ever to prioritize and multi-task.” Social awareness can help here as well, especially when keeping a three-deep bar of waiting customers on the bartender’s side, but a well-organized mise en place as well as shaking and stirring different drinks simultaneously, are now required.

Steve Olson, a partner in the Beverage Alcohol Resource (BAR) training program, says he’s seen an across the board improvement in basic and advanced skills in the ten years since BAR launched. He now encourages bartenders to focus on more refined skills: deportment, posture, attitude, ability to multi-task. And, of course, respect and business savvy.

“If I come in and order a vodka and soda, you should make it with the same love as that crazy hand-crafted cocktail, if for no other reason than that my drink covers the pour cost of yours,” he says.Olson would like to see bartenders raise their blind tasting skills, especially given the broader flavor profile of emerging craft spirits.

At the celebrated Dead Rabbit in New York City, managers have the luxury of scouting candidates in advance. Bar Manager Jillian Vose believes anyone can be taught the skills necessary to tend bar, but most important are personality and fitting into the team.

Drink-making skills are essential, but in order to cut it at Dead Rabbit, charisma is required as well as speed. Management begins timing service from the moment a drink ticket arrives at the bar. Customers already receive a complimentary cup of punch on arrival, but if the drink order isn’t started quickly, servers are trained to offer another while the drink order is built. The goal is a six minute average and never longer than ten minutes.

Julia Momose, who heads the bar program at Chicago’s GreenRiver, a collaboration between The Best Bar in the World (BBITW) and Union Square Events (USE), the catering and venue hospitality business from Danny Meyer’s Union Square Hospitality Group, says when staffing, she looks for hospitality skills and attention to detail, and when training, focuses on getting the staff to build drinks that will be consistent, no matter who makes them. “Folks may come to a new place with their own styles,” she says, “but for me, shaking and stirring the same way, building a round of drinks the same way, that’s how you can bring consistency to drink making. Drinks must be built the same way no matter who’s behind the bar and no matter how busy things get.”

Voisey says the cocktail renaissance resulted in slower service, since many drinks are made one at a time. She’d also like to see more elegant Martini service, more frequent rolling of drinks, and better garnishes. And since so many newer bartenders have only worked in craft cocktail establishments, Vose fears they may have missed out on the lessons learned in dive bars, pubs or high-volume restaurants that teach guest interaction and create reliable team players rather than divas.

Whether it’s better hospitality, quicker service or more efficiency, as Olson put it, a lot is actually at stake: “I worry that we worked so hard to learn the recipes and history and cool shakes and all that, that without a return to hospitality we’re in great danger of alienating all those people we worked so hard to get to come to our bars and try our cool cocktails. If they don’t get it and don’t get treated right, that is a big issue for a bartender” 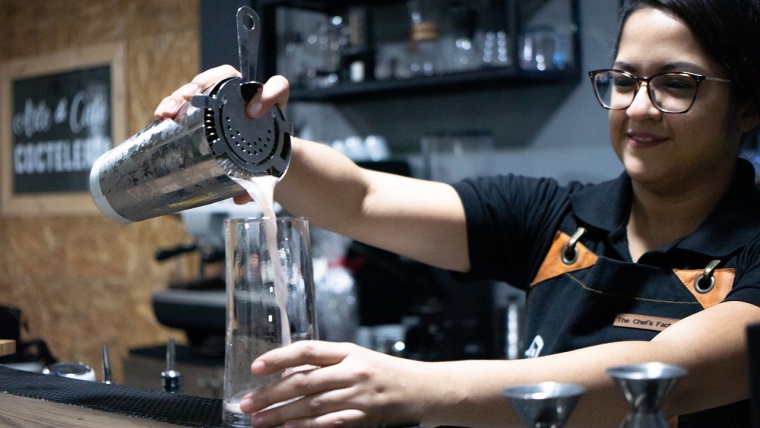 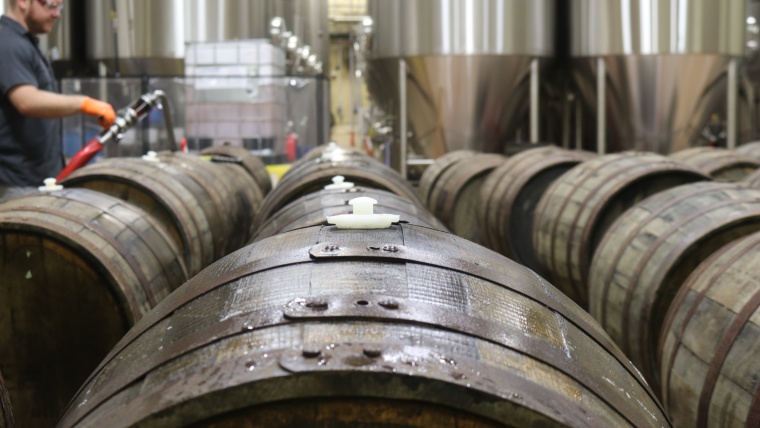 How To Create A Successful Cocktail Menu

Top Mixologists in the USA